Philippa: Though she be but little, she is fierce! 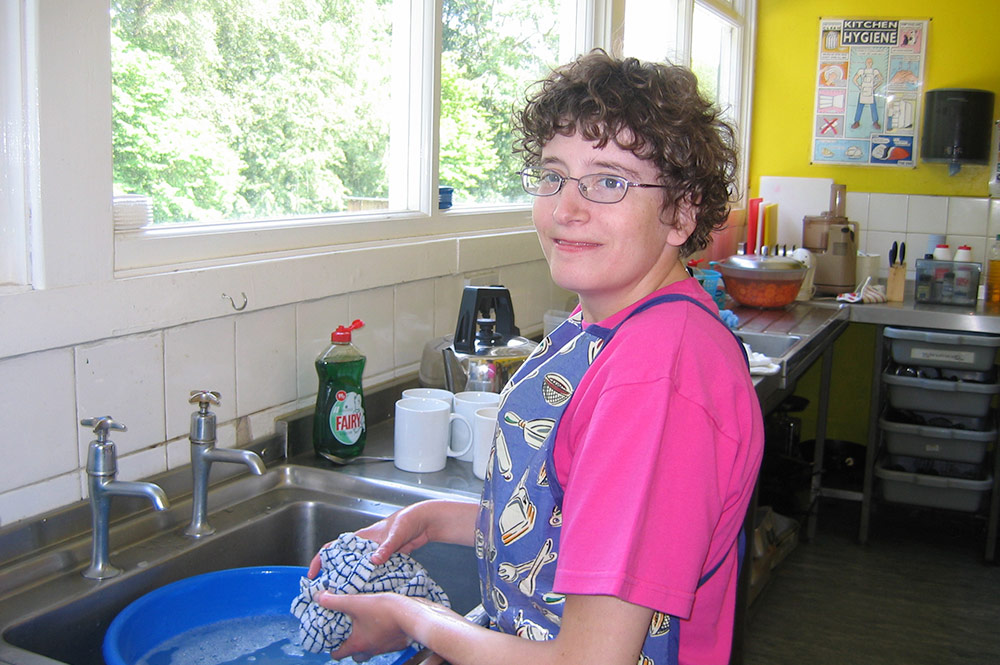 Happy helping out, aged 27 at a Christian Camp 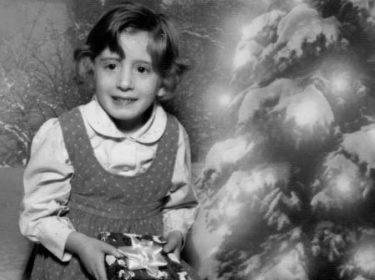 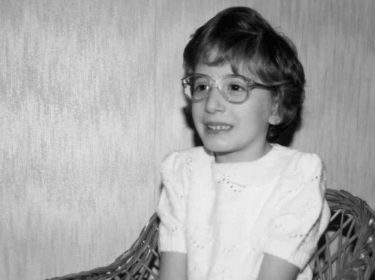 First day as a boarder at St Mary’s 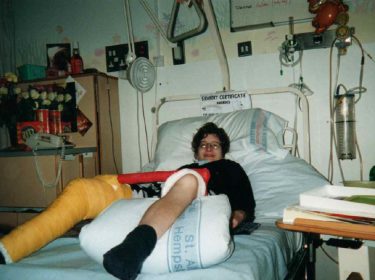 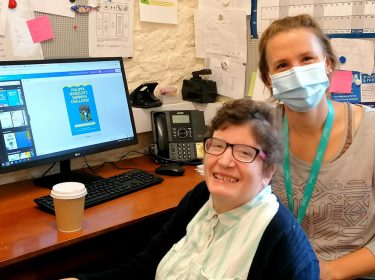 With Kim, Occupational Therapist to plan her swim challenge 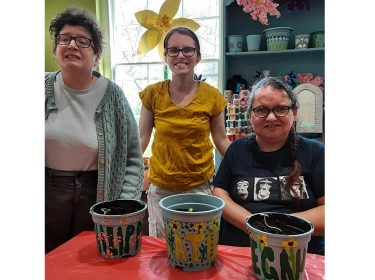 Philippa at the Skills Centre with her friends Regan and Katie

Those that are familiar with The Meath community will have no doubt met Philippa, proud resident since 2007. Philippa thrives when she feels busy and purposeful and is always keen to meet and greet visitors and to help people wherever possible. Recently she has completed the self-set goal of swimming 60 lengths for the ‘Challenge 1:3:0’, in honour of The Meath’s 130th anniversary year. Fiercely proud of her organisational, fitness and fundraising achievements, it seemed the perfect time to catch up with Philippa to find out why the challenge was so important to her.

Philippa has epilepsy, a tremor which has meant that she has suffered some broken bones because of falls and has recently had a hip replacement. She had heart surgery as a baby and child and will require further heart surgery in the future. She also has learning difficulties and is partially deaf. Philippa’s determination to lead a purposeful and fulfilled life, combined with the support that she receives from her family, the team of staff, volunteers, and her peers at The Meath, mean that her list of medical conditions and disabilities do not hold her back. However, as with all the people we support, only by understanding the height of the barriers that she has climbed, can we appreciate how remarkable Philippa’s determined attitude and sunny disposition is.

Due to Philippa’s limited understanding of some of the challenges that she has faced, her mother Jane provided some further insight. Born in 1981, the youngest of three sisters, Philippa was born small, despite being full term, and more worryingly, was also born blue. It transpired that Philippa had Tetralogy of Fallots, a heart disorder which caused deoxygenated blood to circulate around her body. Inside her tiny heart, her pulmonary valve was very narrow causing pulmonary stenosis, she had an enlarged aorta and a hole in the wall between her lower ventricles.

At 5 months, weighing just 7lb, Philippa had a shunt fitted and then aged 2 ½  had a total correction which required a pig’s heart valve to be fitted in replacement of her own. After a precarious start to life, with much of it spent in hospital, Phillipa’s parents were thrilled to be able to bring up their beloved daughter at home with her sisters.

At the age of 3 her parents enrolled her at a local Nursey School but her time there was to be short lived. Having been potty trained and fully ready to proudly embrace her new chapter in life, Philippa had been returned home on the Nursery Bus wearing a nappy. When Jane contacted the Nursery School about this, the Head put it to Jane that she shouldn’t expect her daughter to be ‘too capable and amount to much’.

Fortunately, Philippa is blessed with a positive, supportive, and enabling family and crucially, a resilient mother. Philippa’s dad, Simon, worked full time while Jane looked after the children, but together they ensured that their daughters were able to grow and learn in a nurturing environment. Seemingly the right environment for Philippa did not exist locally; therefore, she created it.

Jane explained “I put together a schedule of toddler and music groups and as Philippa got older, I enlisted some 1:1 support at home which helped her to develop her fine motor skills while taking part in activities she enjoyed such as sewing and painting.”

Philippa’s early years were back on track, she became a proudly enrolled Brownie and later a Red Cross Cadet. However, sadly aged 10 she experienced (a second) episode of viral Encephalitis which left her with epilepsy. A happy childhood and progression into teen hood was peppered with injury, pain and surgery following falls. Yet Philippa remained positive, highly motivated, and determined to make the most of the opportunities available to her in life. She became a weekly boarder at St Mary’s Specialist School in Bexhill at 11 years old and then progressed to St Elizabeth’s, Hertfordshire at 16 to attend college where she completed her Bronze Duke of Edinburgh Award.

At 15 Philippa fell and broke her right hip (her tremor makes maintaining balance difficult) which left her with a shortened leg and thus being further vulnerable to falls. At 34 she fell and fractured her arm badly and had a plate fitted.

A New Home At The Meath Epilepsy Charity for Philippa

In her mid-twenties she joined The Meath in 2007 and it’s clear to see that she finds it to be a happy home and a community in which she can thrive. “I enjoy going to my church group and Art House Unlimited, but I also enjoy things around The Meath. I’m in The Meath Choir at the Skills Centre and Gardening group and I do Art there too. It makes me happy when we all get together, like we did for the Jubilee. Sometimes we have a party and I like to dance. I like it when we go out for the day to Bird World and the Seaside or even just the Garden Centre.”

Recently Philippa has been supported by Kim, Occupational Therapist and Louise and Stacey, Physio Assistants, to swim 60 lengths at Godalming Leisure Centre, a goal which she set herself, having heard about The Meath Challenge 1:3:0. “I did 60 lengths in the swimming pool with Louise and Stacey swimming next to me. I did about 10 lengths each time. I did get a bit tired, but I kept going because I wanted to do the challenge. Now I’ve done it I feel happy inside because lots of people have sponsored me and the money has gone to The Meath.”

Kim, Occupational Therapist commented “We are all extremely proud of Philippa for setting her sights on and completing this challenge. The swimming challenge was a great way for her to build up strength following her hip replacement, but the challenge required her to work at some other things too. We worked together to plan out a manageable swim schedule, Philippa also helped to design the poster. Philippa is a natural networker and received lots of support from The Meath and wider the community too”.

Characteristically Philippa didn’t take long to set her sights on some new life goals. Recognising that Philippa would really benefit from and make the most of some 1:1 support with independent living skills, Kim has recently paired her up with Volunteer Ann. Together they are working on increasing her confidence in the kitchen which she is enjoying “I’ve made jam tarts which were nice. Next week I’ll make sausage casserole!”

Equally typical and impressive, Philippa recognised the role that staff, and volunteers play in enabling her to lead the life she enjoys and took the opportunity to express her gratitude to them. “I’d like to say thank you to all the staff. They really help me, not just at home but also at the Skills Centre, Physio and Occupational Therapy. They support with everything I need and I’m happy”.