Regan: From Surviving to Thriving 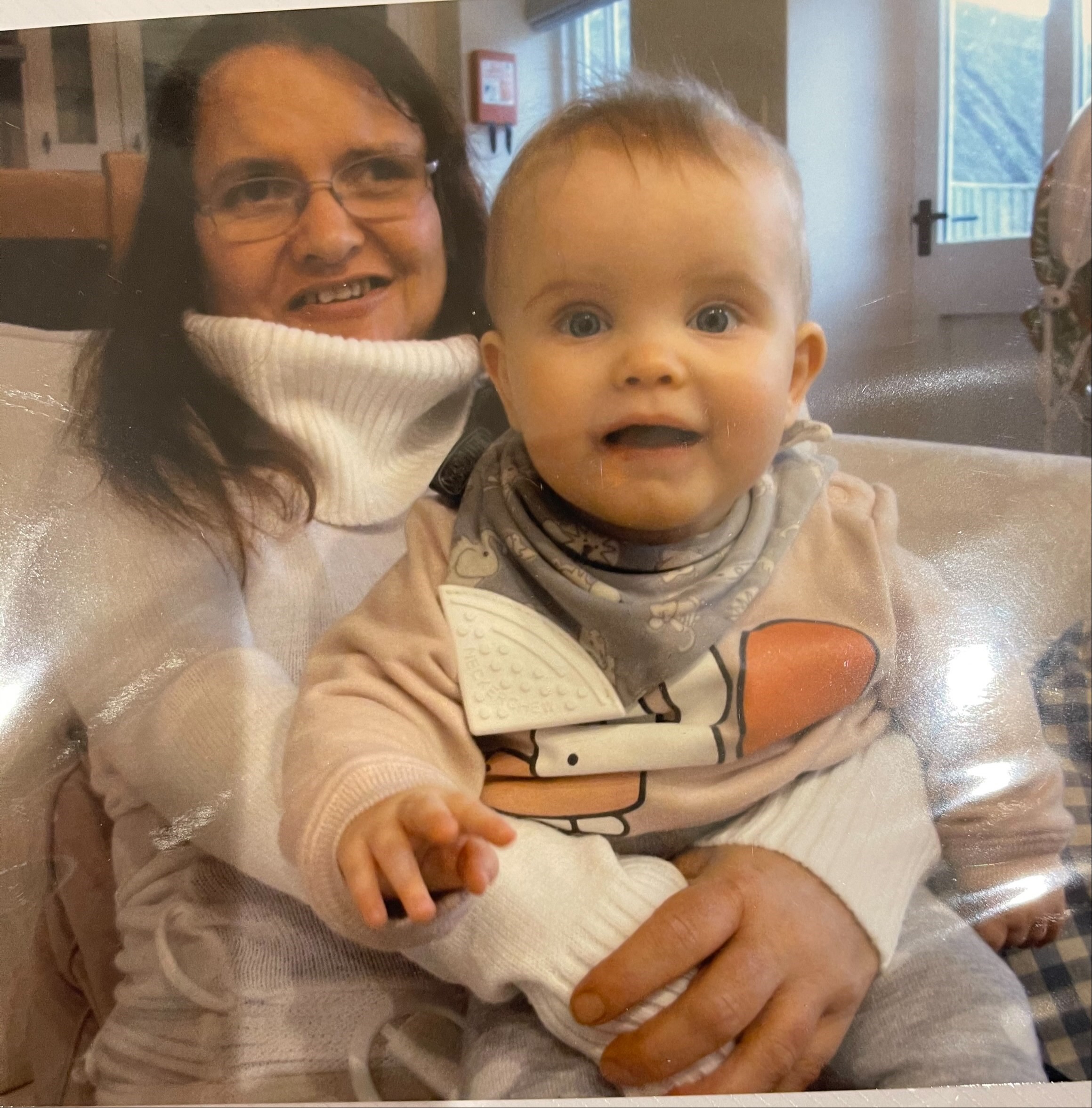 The Meath in 2016 during a visit with her young niece 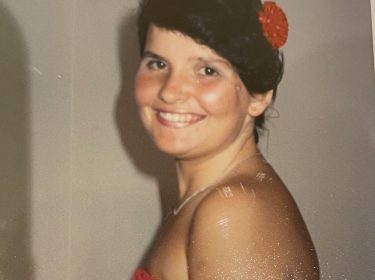 Regan as a young woman 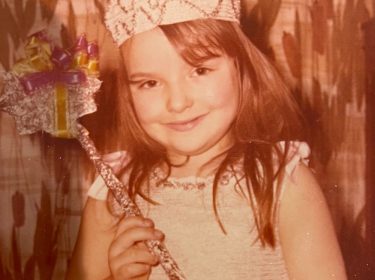 Regan as a young child 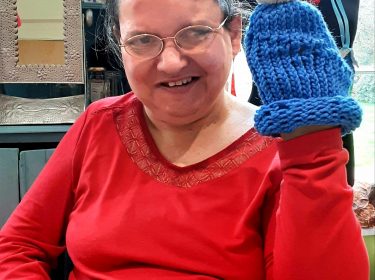 In lockdown 2021, honing her knitting skills

May 2021 marks Regan’s 11 year anniversary of living at The Meath, it’s also the month for National Epilepsy Awareness Week, which seemed rather fitting to me as Regan recounted her incredible life story.

Realising that she had reached another Meath anniversary, Regan commented:

“I’ve lived at The Cottages since 2010. It’s a wonderful home, I’ve achieved and learned so much”.

Regan is known to all at The Meath as an outgoing, friendly, and industrious woman. She keeps herself busy and from volunteering to fundraising her takes pride in her many achievements. It came as no surprise to me that high up on her list of the things she enjoys most about living at The Meath was the social life, she commented “I have so many friends here.”

However, having supportive staff is just as important to Regan who explained that the team, together with volunteers at the Skills Centre have encouraged her to do and achieve more.

During the past challenging year, Regan has missed seeing family and going on usual outings, but I was pleasantly surprised to hear that on balance Regan has found the lockdown periods to have been a positive time for her. As I listened to her reasons, I remembered that Regan has the incredible skill of being able to see the positives in any situation. While staff have rallied to provide the best service possible by providing activities in household bubbles during the lockdowns it has been undoubtedly hard. I could not help but marvel at Regan’s ability to make the most of the pandemic lockdowns.

Due to Covid-19 Regan’s usual volunteering and hydrotherapy sessions were put on hold but she is proud of the way in which she has kept herself busy and kept active, which is vital for her pain management. She explained:

“Sue who works at The Cottages leads a weekly dance class and I do daily stretching too. I think I have kept my fitness levels up during lockdown which I am quite proud of.”

Her stoicism throughout the pandemic provides us with a glimpse of her quiet but fierce strength, endurance, and acceptance that she has honed over her many years. Living with challenging medical conditions and unpredictable events which tragically exacerbated her epilepsy, is something that she has both endured and overcome. It is remarkable and wonderful that Regan is alive to share her story with us.

“I enjoy life now and at times I didn’t before. I’ve proved to myself that I can enjoy life.”

The earlier chapters of her story are not for the faint hearted. Regan’s epilepsy began at the age of two and a half. At five years old she lost the use of her right side, was in and out of hospital for most of her childhood and was only able to attend school between the ages of 9-12. Regan was given a hemispherectomy to reduce her seizures but sadly there was a rare complication which caused an infection in her brain 6 years later. As a result of the complication, Regan had to have a metal plate fitted and unfortunately after this operation her seizures returned. Sadly Regan was then in a very serious car accident which resulted in her metal plate having to be removed. She had an operation to remove some of her rib bones which were then used in her skull.

Now in a happier chapter of her life, Regan’s epilepsy is better managed, but unfortunately, she still experiences seizures. She is grateful to be able to embrace the many opportunities that she has at The Meath. She has spoken to me, many times in the past about how much she enjoys taking part in educational sessions at The Meath and particularly enjoys history. Regan feels a strong sense of ‘making up for lost time’ at school and really values the opportunities that she now enjoys. In many respects her life now resembles more of a sequel than a chapter of the same book. Looking back through her past, she explained:

“I never thought it would be possible to achieve the things I wanted to achieve in life, but now I can”.

Holly, who supports Regan at The Cottages commented:

“We are very proud to support Regan to live as independently as possible and to enjoy the fulfilled life that she deserves.”

It’s wonderful to see Regan making the most of her sequel, but only when one delves into chapters past, can one understand how it is that she, and the many other remarkable people we support, have managed to remain so quietly accepting of the restrictions imposed upon them over the past year.

Living with complex epilepsy means accepting that at times one will be forced to relinquish control and accept that life may be different for a while. We can learn much from this, together with the inspiring skill that Regan and her peers have for embracing all of life’s opportunities when one can.